Territory of the modern Uzbekistan was inhabited by Neanderthals in Paleolithic (Obi-Raxmat, Teshik-tosh)

The history of the Uzbek people is closely connected with the history of other Turkic peoples of Central Asia, both inside and outside of present-day Uzbekistan. The appearance of the first states on the territory of Uzbekistan dates back to the VII — VIII centuries BC, when states such as Khorezm, Sogdiana and Bactria arose. The oldest cities on the territory of modern Uzbekistan are Samarkand (742 BC), Shakhrisabz (VII century BC), Khiva (VI century BC), Karshi and Termez (V century BC .), Bukhara (IV century BC. E.), Tashkent and Margilan (II century BC. E.). 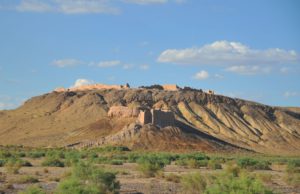 In the 329-237 BC Alexander the Great, having conquered Sogdiana and Bactria, married Roxane, the daughter of the local ruler of Bactria. Resistance to the invaders was fierce, which made Alexander’s army stay in this area for a long time.

From the IV century AD, the heyday of ancient Khorezm begins. From 305 to 995 AD, Khorezm was ruled by the Afrigids dynasty of Khorezm.

In the 6th – 7th centuries, part of the territory of modern Uzbekistan was part of Sogdiana and Bactria, which were later dependent on the Turkic Kaganate and the Sassanian Empire. After the conquest of the Arabs, it was part of the Arab Caliphate. The territory of modern Uzbekistan was part of the Samanids state from the second quarter of the 9th century. The state of Samanids covered the territory of Maverannakhr and Khorasan. During the rule of the Samanids, the foundations of state government (ministry) were formed, which existed until the beginning of the 10th century. At this time, the flowering of science, culture and poetry in the region took place. At the end of the 10th century, the Samanid state fell under the onslaught of the Turkic nomads, the Qarakhanids and the Ghaznavids. In the heyday of the Gaznevid state, its rulers encouraged the development of science and culture. Outstanding scholars and poets lived and worked at the court of the Ghaznavids (Al-Beruni, Abul-Fazl Beyhaki, Gardizi, Firdousi and others.

In the 14th century, Tamerlane (Amir Timur) (1336–1405) was reigning. In his military campaigns, Tamerlane significantly expanded the territory of his state and conquered many adjacent territories including Persia, Asia Minor, North India, Transcaucasia, East Desht-i-Kipchak and others. The capital of the state of Tamerlane was Samarkand. In the Timurid era, the development of science and culture in the region occurred. 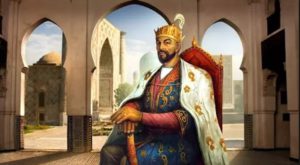 In 1499, the forces of Sheybani Khan entered into Desht-i-Kipchak. Sheybani Khan was the Uzbek Khan, the founder of the Bukhara Khanate. The son of Sultan Shahbudag, the grandson of the ruler and founder of the state of the nomadic Uzbeks Abulhayir Khan (1428-1468). Chingizid, a descendant of Khan Shiban, the third son of Juchi. The Sheibanids conquered the capital of the Timurid Samarkand in 1500-1501, which accelerated the fall of the Timurid state and created their own Uzbek Bukhara khanate, also known as the Sheibanid state.

The state of the Sheibanids was devided eventually into two: the Khiva khanate and the Bukhara khanate. In Khorezm, relatives of the Sheibanids of Arabshakhids ascended to the throne, who descended from Arab Shah Ibn Pilad, a descendant of Shiban in the 9th generation. In the Bukhara Khanate of the ruling dynasties, the Sheibanids (1500–1601) remained, later giving power to the Ashtarkhanids (1601–1756). After the Ashtarkhanids, the last dynasty of the Uzbek tribe, Mangytov (1756–1920), ascended Bukhara, which by then became an emirate until its abolition in 1920.

The power in the Khiva Khanate passed from Arabshakhids to Kazakh Chingizids in the early 18th century, and from 1770 to 1920, the power moved to a dynasty of the Uzbek tribe of Kungrats, who ruled until the end of the Khanate.

From 1709 to 1876, the Kokand Khanate also existed on the territory of modern Uzbekistan, formed by the natives of the Uzbek tribe Ming.

When the territorial expansion of the Russian Empire began, there were three state formations on the territory of modern Uzbekistan: the Bukhara Emirate, the Kokand Khanate and the Khiva Khanate. In 1876, the Kokand Khanate was defeated by the Russian Empire, the Khanate was abolished, and the central territories of the Khanate were changed into the Fergana region

In the beginning of the 20th century, Central Asia was part of the Russian Empire. Despite the Basmachis resisted to the Bolsheviks, at the beginning of the formation of Soviet power, the whole of Central Asia became part of the Soviet Union and consisted of the Turkistan Autonomous Soviet Socialist Republic, the Bukhara Republic and the Khorezm Republic. From November 27, 1917 to February 22, 1918, there was an unrecognized independent state on the territory of Uzbekistan – Turkistan autonomy. In January 1918, after the Turkistan autonomy refused to fulfill the ultimatum presented to recognize the power of the Soviets, 11 echelons with troops and artillery commanded by Konstantin Osipov arrived from Moscow to Tashkent to liquidate the self-proclaimed autonomy. From February 6 to 9 in 1918, street fighting took place with significant casualties and destruction in which more than 10,000 civilians were killed. This operation for many decades undermined the confidence of the local population in the Russian revolution, the central and local Soviet power. In response to the elimination of the Turkistan autonomy, the powerful national liberation guerrilla movement known as Basmachi fought against the Soviet Union. However, the it liquidated by the Soviet authorities in the 1930s.

After the national-territorial delimitation of Central Asia, on October 27 in 1924, the Uzbek Soviet Socialist Republic was formed and Samarkand was recognized as the capital city. On September 1, 1930, the capital of the Uzbek SSR was moved from Samarkand to Tashkent.

The peasant population of the Uzbek SSR was subjected to collectivization and dispossession of the kulaks as well as of the other republics of the USSR. More than 3.5 thousand kulak families were evicted from the republic mainly in the Ukrainian SSR in 1931. The population resisted in the republic. There were 105 armed anti-kolkhoz demonstrations.

Being a part of the USSR, Uzbekistan turned into an industrial-agrarian republic from a backward colonial region, with a developed light and food industry and heavy industry grew tenfold. The largest thermal power plants (Tashkent, from 1971, Syrdarya, from 1975, Navoi, Angren hydropower stations) and hydroelectric power stations (Charvak, from 1972) were built, gas fields (Gazli field, from 1961) and oil fields, and many other fields began to develop along with branches of mechanical engineering (electrical, radioelectronic, instrument-making, chemical, aviation, etc.). New large areas of cotton growing created, Uzbekistan became a powerful cotton base of the USSR.

Finally, The Constitution of Uzbekistan was adopted on December 8, 1992.