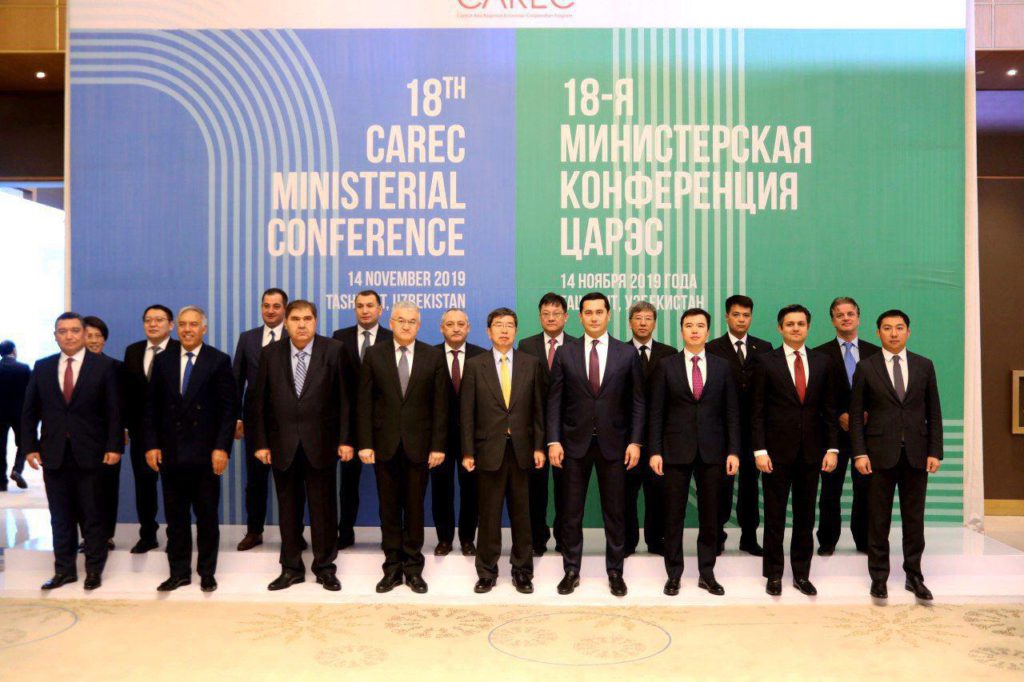 The event was organized by the Ministry of Investments and Foreign Trade of the Republic of Uzbekistan together with the Asian Development Bank. It was attended by ministers of finance, foreign affairs, economics, investments and trade of 11 member countries of the Program, representatives of international financial institutions and delegations of partner countries.

The Central Asia Regional Economic Cooperation Program is aimed at strengthening regional and multilateral cooperation in the field of transport infrastructure, customs affairs, trade policy and energy. Over the past period, a number of joint initiatives have been implemented in priority areas. Since 2001, 200 projects worth 37 billion USD have been funded.

At sectional meetings of the conference, transport and energy strategies, prospects for their implementation until 2030 were discussed. The financial and economic events of international and regional significance were considered.

Participants of the conference approved the Transport and Energy Strategy 2030 of the program, which became the result of activities implemented in this direction.

During the negotiations between state bodies and the private sector, the issues of sustainable tourism development in the territories of the program countries were discussed through the introduction of a public-private partnership mechanism. The importance of creating conditions and expanding participation of the private sector in this direction for greater attraction of investments in the sphere was noted.