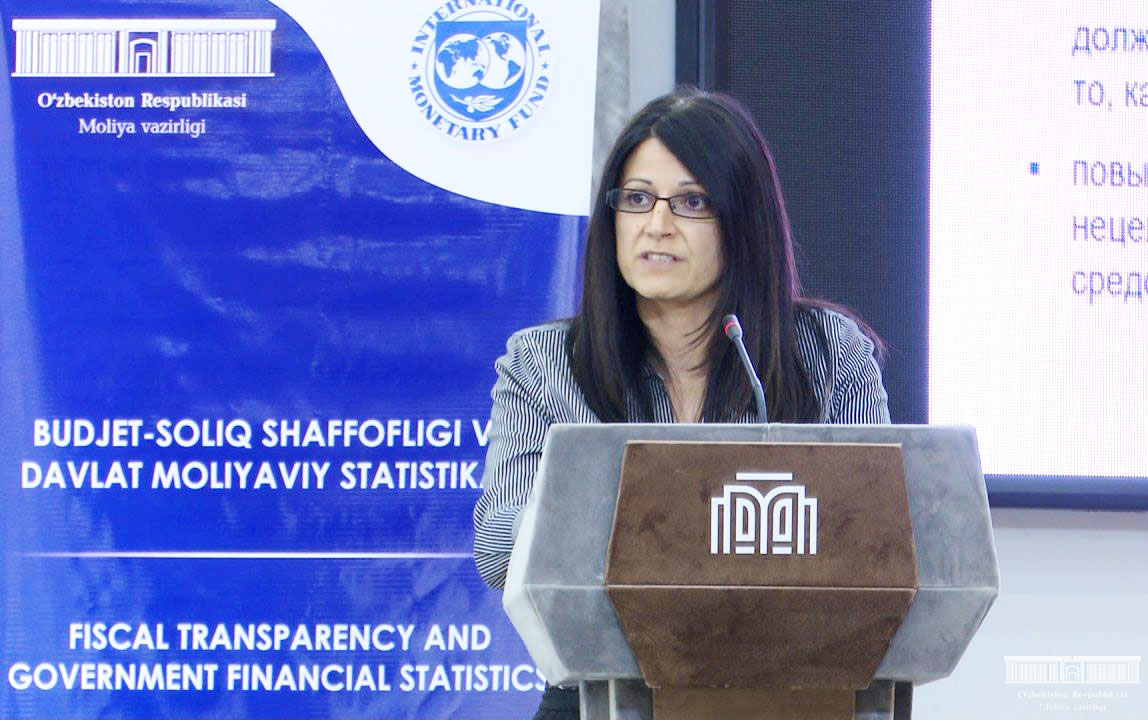 A briefing was held on May 2 at the Agency of Information and Mass Communications under the Administration of the President of the Republic of Uzbekistan, organized by the Ministry of Finance of the Republic of Uzbekistan with the participation of an expert from the International Monetary Fund, Amanda Sayeg, who is an economist in the Public Finance Management Department of the IMF Fiscal Affairs Department.

At the briefing, Amanda Sayeg made a presentation on the main areas of cooperation between Uzbekistan and the IMF on increasing the openness of budget data and improving the compilation of government finance statistics. The presentation presented the results of the assessment of transparency in the fiscal area, conducted by the IMF in June 2018, as well as the results of the update of this assessment, conducted in March 2019.

According to the conducted evaluation studies of transparency in the fiscal sphere in March of the current year, Uzbekistan complies with 23 of the 36 principles of the IMF Code. The IMF’s Code of Good Practices for Ensuring Fiscal Transparency in the Fiscal and Fiscal Sphere is the main element in the system of standards for fiscal transparency and defines the basis for assessing compliance with its principles in various countries. So, thanks to the measures taken to increase the openness of budget data, the indicators of the practice of fiscal transparency improved according to 8 principles.

However, there are still issues that require further reforms:

1) expanding the coverage and completeness of fiscal reporting and budget completeness. IMF experts recommend completing the expansion of the budget coverage and reporting on government finance statistics in order to include all fiscal flows of budgetary organizations and extra-budgetary funds;

2) align reporting with international standards and improving budget classification in accordance with GFSM 2014 recommendations. Users of State budget data, which are mainly investors and rating agencies, should have a clear understanding of the sustainability of the State budget and compare them with other countries;

3) ensuring that the Single Treasury account covers all operations of budgetary units of the general government sector, including operations in foreign currency;

4) improving the efficiency of budget management. According to the recommendations of the IMF, it is necessary to ensure the receipt of all mandatory revenues (taxes) in the state budget with the subsequent distribution in the framework of the usual budget process. In the medium term, to optimize extra-budgetary funds (with the possible exception of the Pension Fund, the Employment Fund and the Accumulative Pension Fund), with their activities included in the state budget.