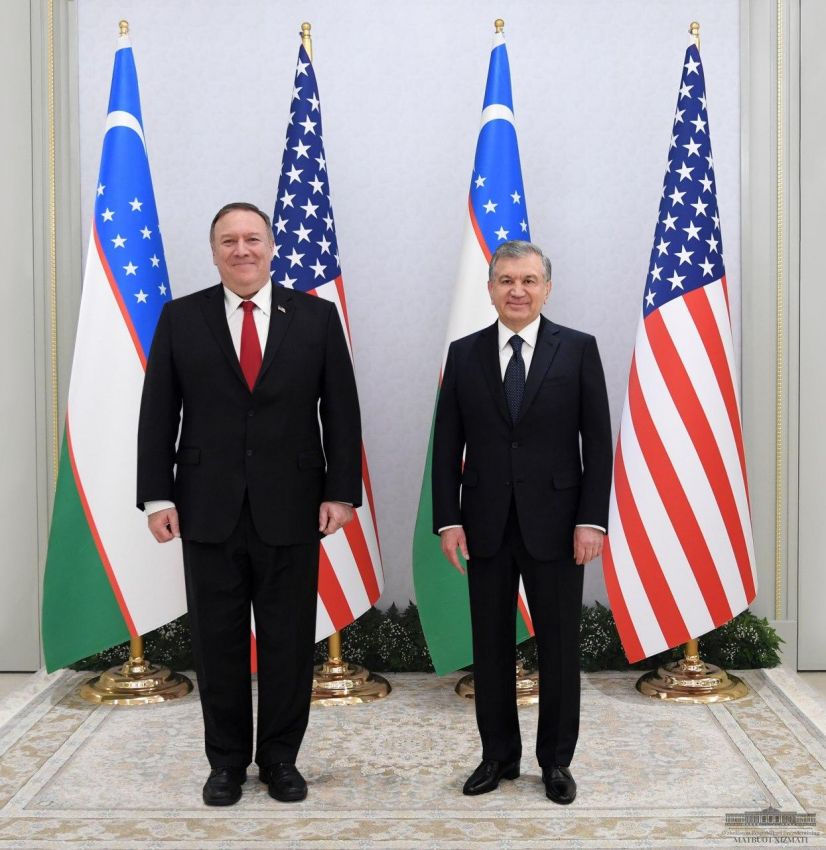 President of the Republic of Uzbekistan Shavkat Mirziyoyev has received today Michael Richard Pompeo, the US Secretary of State, who has been on an official visit in our country.

The leader of our country noted with deep satisfaction the dynamic development of Uzbek-American multifaceted relations, growing lately in their sustainability, systemic and trust-based character.

Constructive political dialogue has been established, including the one on the regional and international agenda. Cooperation has been enhancing in the trade, economic, investment, technological, financial, agricultural, energy, educational, human rights and cultural-humanitarian fields.

Over the past few years, trade has doubled in volume. With the participation of leading US companies, promising projects are realized across diverse sectors of the Uzbek economy. Total American investments have exceeded 1 billion dollars.

The US Secretary of State expressed deep appreciation to the President of Uzbekistan for the warm welcome and conveyed sincere greetings and best wishes of President Donald Trump. 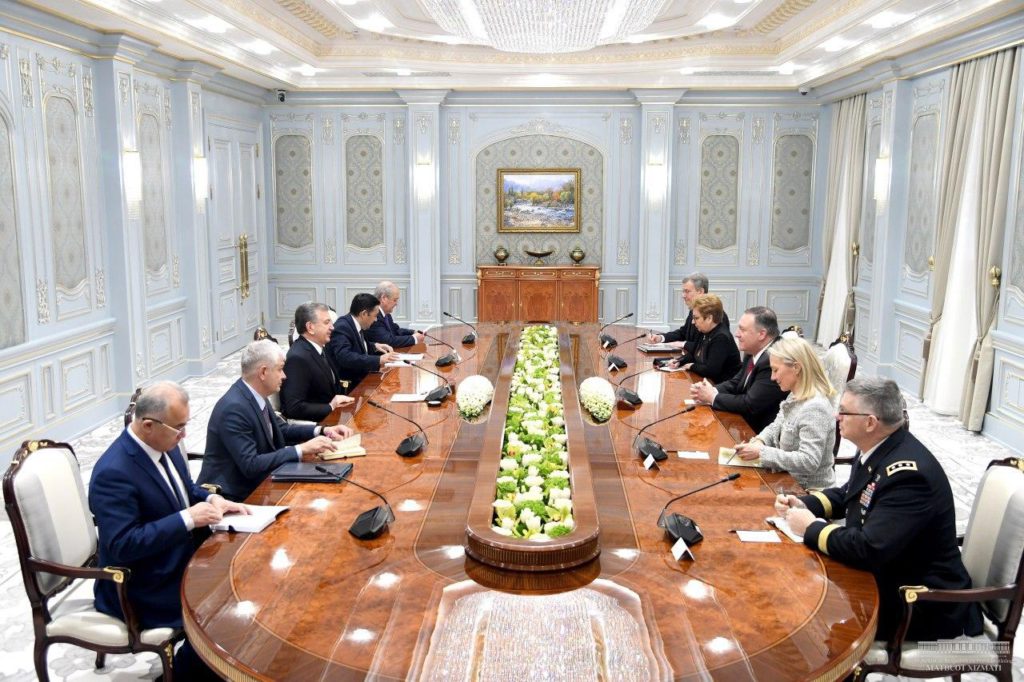 The American side reaffirmed its firm commitment to the continued support of state independence, sovereignty and territorial integrity of the Republic of Uzbekistan.

In the economic dimension, specific agreements have been reached on mutual support for expanding the presence of leading American companies in the Uzbek market.

Michael Pompeo noted that today, Uzbekistan offers ample opportunities for business initiatives that would allow for tenfold growth in trade and economic cooperation.

In conclusion, mutual commitment was confirmed to comprehensively bolster the relations of strategic partnership and practical cooperation between the Republic of Uzbekistan and the United States of America.