US investment funds are interested in the Uzbek capital market 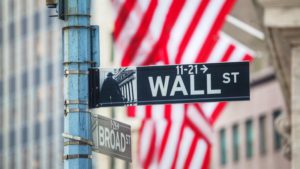 On April 2, 2019, the Embassy of Uzbekistan to the United States organized an extended meeting with representatives of leading American corporations, funds and banks from Wall Street.

The guests were also representatives of the State Department, the US Treasury, USAID, OPIC, as well as experts from the Heritage Foundation, the Central Asia-Caucasus Institute, The Diplomat and Washington Diplomat publications.

In the welcoming speech of the Ambassador of our country Javlon Vakhabov, the current trends in the economic development of Uzbekistan, the priority directions for improving the fiscal policy, banking, monetary, customs and tax spheres, as well as highlighted the privileges and preferences created for foreign investors, are outlined.

Deputy Finance Minister of Uzbekistan Golib Kholzhigitov and Deputy Chairman of the Central Bank Ilhom Norkulov, who arrived in Washington to attend the spring session of the IMF, gave detailed answers to questions raised regarding GDP growth, inflation, foreign direct investment and borrowed loans, privatization of state enterprises, plans state and private companies of the republic for the further placement of Eurobonds.

Following the talks, an agreement was reached to organize in the near future a visit to Uzbekistan of representatives of several investment corporations from Wall Street in order to study the local market and subsequent financial investments.

In the opinion of The Washington Diplomat reporter Victor Shibli, the liberalization of legislation, the creation of acceptable conditions for foreign investors open a new era in the dialogue between Uzbekistan and the major players in the international banking and financial system.

Portfolio manager of the Swiss bank Vontobel Sergey Goncharov noted that the political will in Uzbekistan to carry out radical reforms in all spheres of the country’s life appeals to potential investors. In this regard, this meeting is a very important event in terms of the opening of Uzbekistan to world financial markets and attracting investment.

According to Natalie Marshik, managing director of analysis and research of the sovereign markets of Oppenheimer Co. Inc. (New York), today it’s opening up the world financial market, which in every way welcomes the efforts of the republic’s leadership to place state sovereign Eurobonds, reforms in oil and gas sector, agriculture, energy, as well as financial liberalization. “Wall Street is very hopeful that the current course of reform will continue in the future,” said Natalie Marshik.