From April 5 to 10, the International Bakhshi Art Festival is held for the first time in the Surkhandarya region in the city of Termez. The event includes performances of folklore and ethnographic ensembles, tours of historical monuments, a scientific conference and various exhibitions. More than 160 representatives from 74 countries participate in the festival.

On April 6, President of Uzbekistan Shavkat Mirziyoyev took part in the opening ceremony of the festival on a festively decorated square, where exhibitions on the art of bakhshi, a show of yurts and suzane, works of fine and applied art, books and albums were organized.

Speaking at the opening ceremony, the President made a speech in which he stressed that: “It is the folk art that is the source of all priceless cultural treasures created by mankind. The art of bakhshi narrators, reflecting the national identity of different nations, their language, lifestyle, customs and traditions, is of particular importance as an integral part of human culture. ” 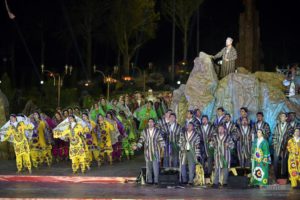 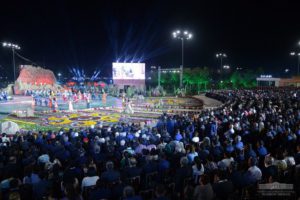 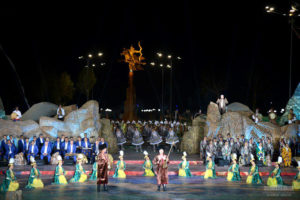