Navoi Mining and Metallurgical Plant to turn into a modern company 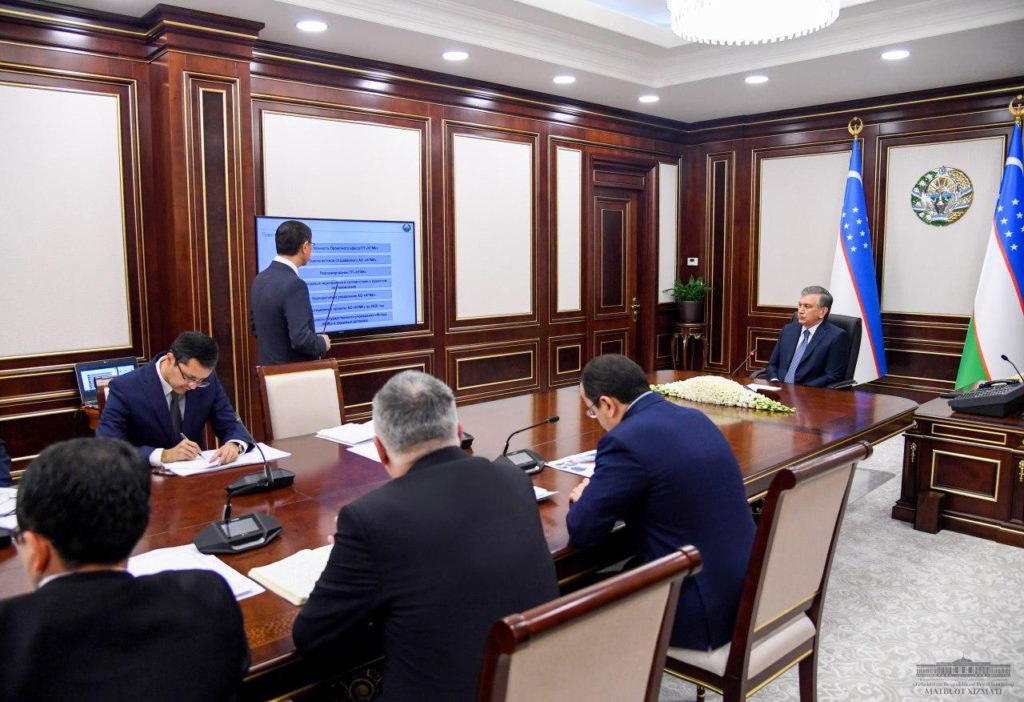 On February 26, President of the Republic of Uzbekistan Shavkat Mirziyoyev held a meeting to discuss reforming the state-owned enterprise Navoi Mining and Metallurgical Plant.

In this regard, the complex is projected to be transformed into a modern company. The state is taking comprehensive measures in this direction. In particular, under steady implementation is the Development Program of the Navoi Mining and Metallurgical Plant through to 2026. As part of the scheme, 8 facilities worth $ 1.2 billion were commissioned in the period between 2017 and 2019. As a result, over the past three years, gold production has grown by 2.5 percent, and silver – by 37 percent.

The meeting participants reviewed plans and impending measures in this direction. They discussed issues of improving the structure of NMMP, ensuring its corporate transparency, bringing the payments in line with international standards.

The President indicated the importance of increasing the production volume at the enterprise to 94 tons by 2026, and thus executing 40 projects worth $ 4 billion, including the development of a new field with estimated value at $ 525 million.

The State Committee on Geology and the Ministry of Finance have been tasked with translating the assessment of reserves and financial statements to international standards. Reports on field reserves and their condition, data on production projects should be prepared in accordance with JORC Code.

NMMP is the country’s largest industrial enterprise. It produces gold, uranium, rare metals, crudes for building materials and machine tool industries, and a wide range of consumer goods. The mill accounts for 10 percent of all industrial production in Uzbekistan and 18 percent of budget revenues. The company employs more than 54 thousand people. By the volume of raw materials, the Navoi Mining and Metallurgical Plant is the third gold producer in the world.