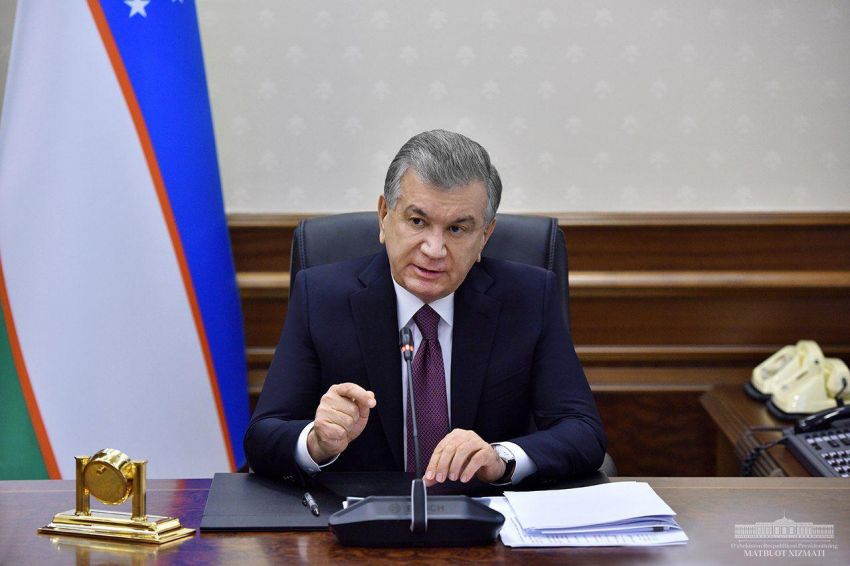 The President of Uzbekistan Shavkat Mirziyoyev has chaired a video conference to discuss the effectiveness of reforms in forestry.

This industry is vital in expanding the resource base of the economy, in creating new jobs and improving the environmental situation.

For this reason, over the past three years, special emphasis has been placed in Uzbekistan on the accelerated development of this sector; the total area of ​​the country’s forest fund has been brought to 12 million hectares.

Yet still, as it was noted at the meeting, unused opportunities in this area are overabundant, and hence priority policy on this front has been elaborated. The session participants discussed development of forest lands with the invitation of private sector, enhancement of horse breeding, animal husbandry, seed production, plant markets and tourism.

Given the fact that furniture enterprises import 90 percent of raw materials from abroad, it was instructed to allocate land for them to grow paulownia and other trees suitable for making furniture, using the cluster method.

Shavkat Mirziyoyev stressed the importance of introducing subsidies and benefits for the development of forest lands, as well as financial support for the purchase of irrigation pumps and drilling of wells.

Starting from this year, a procedure has been launched for leasing forest land not in use. To date, 20 thousand hectares of such land have been commissioned. As a continuation of these efforts, the task was to let additional land into circulation and expand the lease to entrepreneurs.

The head of our state criticized the work on using the possibilities of forestry in the Karakul, Gijduvan, Shahrisabz, Pap, Chartak, Nurabad, Kushrabat, Nurata, Bakhmal, Farish, Uzun, Baisun, Ahangaran, Bekabad and other districts.

Last year, the area of ​​plantations of medicinal plants grew to 2 thousand hectares. The President urged the executives in charge of the sector to bring this figure to 5 thousand hectares this year, and the harvest to 8 thousand tons.

Measures were identified to implement projects on beekeeping, livestock and poultry farming on the lands of the forest fund with the engagement of the private sector, providing employment for people and bolstering the food security.

The forests also attract travelers. Last year, 1 billion soums were received from ecological and hunting tourism, which is certainly far from being impressive. The new system in Bostanlyk district showed the availability of a tremendous reserve for the development of tourism in forest areas. For example, an ecotourism center for 300 places is being built at Burchmulla forestry on the basis of public-private partnership.

Cashing in such opportunities, it was noted, would make possible next year upsurge income from ecological and hunting tourism 10-15 times. Instructions were given on the organization of tourist facilities in the Shahrisabz, Kitab, Baisun, Bobotag, Zaamin, Bakhmal, Ahangaran, Bekabad, Dalvarzin, Pap, Kokand, Kazakdarya forests and hunting farms.

The meeting participants also discussed the development of forestry science.

The need to speed up the registration of 13 new varieties of local pistachios, which is drought-resistant and high-yielding, was indicated, as was its cultivation in mountainous areas from next year.

The State Forestry Committee has been tasked with creating experimental plantations and a scientific center for zoning medicinal plants, along with laboratories for forest soil science, in vitro research and seed production.

Instructions were also given to increase the personnel potential of the sphere, to train mid-level specialists in demand.

The President insisted that major investment projects funded from international organizations be implemented for the development of forestry, along with other sectors of agriculture.