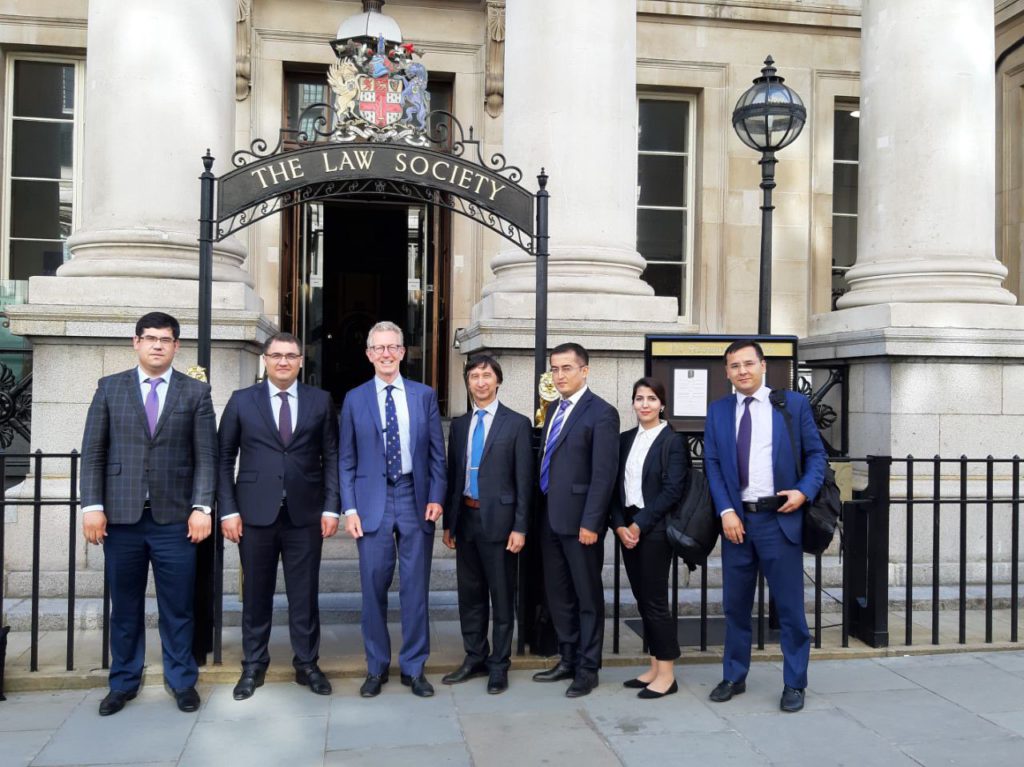 Justice Minister Ruslan Davletov discussed with British experts the introduction of English law in the territory of the free economic zone (FEZ) “Navoi”.

Ruslan Davletov met with Simon Davies, Vice President of the UK Law Society, and Chairman of the International Bar Association, Department of Public and Professional Interest of the United Kingdom, Sarah Hadchinson.

During the meeting in the UK Law Society, the Minister of Justice announced the readiness of Uzbekistan to introduce English law in the Navoi FEZ.

The Minister of Justice stressed the importance of creating an appropriate infrastructure and system to ensure the full functioning of English law as a tool for the legal regulation of the actions of participants in a given territory.

Simon Davis, in turn, noted that the use of English law would have a beneficial effect on the development of Uzbekistan as a whole, because the business of the whole world trusts this system. He expressed readiness to assist in the study and implementation of this practice in the territory of the republic.

The Navoi FEZ was created in March 2017 in order to create favorable conditions for attracting foreign investment, primarily direct, for organizing modern high-tech industries that provide products that meet international standards and are in demand on world markets, as well as the development of industrial potential transport transit and social infrastructure in Navoi region.