In the US, told about the investment potential of Uzbekistan 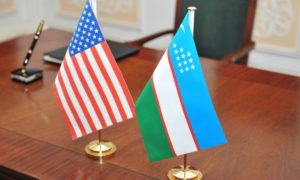 In the United States of America, a presentation of the investment potential of Uzbekistan was held.

The presentation was held by the Embassy of Uzbekistan in the USA together with the Washington Intergovernmental Professional Group was attended by representatives of leading business, public, political and cultural-humanitarian circles of the United States, including employees of the Ministry of Commerce, the Chamber of Commerce, which unites more than 300 thousand companies, the leadership of the universities of Ogai and Georgetown, PricewaterhouseCoopers experts and many other interested parties.

Javlon Vakhabov, who is the ambassador of the Republic of Uzbekistan to the United States, presented our country, revealed investment opportunities, and particularly emphasized the work being done in the republic to increase the investment attractiveness and strengthen Uzbek-American relations in all areas.

To the attention of experts presented new milestones in the transition of the economic model of the country to market mechanisms. It was noted that the country has a free conversion of the national currency. Uzbekistan has the largest market in Central Asia with a population of 33 million and a level of education of 97%, which is comparable to such economies as Singapore and Spain. The country is actively adapting the advanced experience of developed countries, thereby allowing it to maintain the pace of a rapidly growing national economy.

In addition, it was said that Uzbekistan is among the ten largest gold producers and has huge reserves, which have not yet been fully studied. In addition, there are large deposits of other minerals. It is a big and serious support for the development of the country.