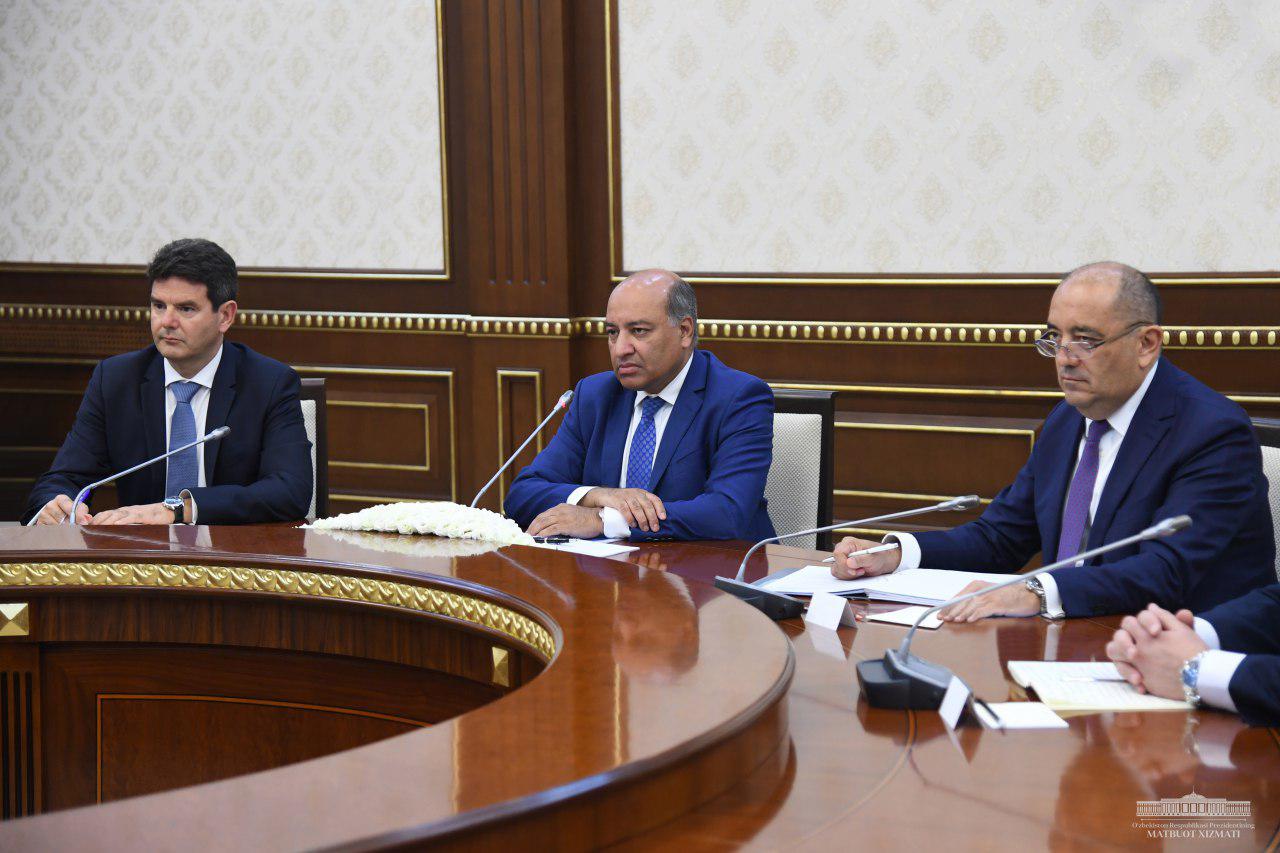 During the meeting with Shavkat Mirziyoyev, the main directions for the development of practical cooperation were substantively discussed, including the acceleration of investment projects and the development of loans, the expansion of assistance in promoting economic reforms, and the creation of a favorable business environment and investment climate in the country.

Particular attention is paid to the creation and preparation of the first meeting of the Foreign Investors Council under the President of the Republic of Uzbekistan.

The head of the EBRD sincerely thanked the President of our country for the warm welcome and praised the pace, scope and practical results of the socio-economic reforms carried out in the country.

On behalf of the European Bank for Reconstruction and Development, Suma Chakrabarti confirmed his commitment to continue full support and multi-faceted partnership with the Republic of Uzbekistan.

During negotiations, the Central Bank of Uzbekistan noted the need to create equal conditions that promote increased healthy competition between state and private banks, as well as the provision of alternative sources of funding for state programs.

The EBRD representatives shared their visions regarding the current state and priorities of the banking system development. The EBRD President expressed his readiness to support the ongoing reforms in the banking sector and provide all necessary assistance in this direction.

After the meeting, an agreement was signed between the EBRD and the National Bank for Foreign Economic Affairs on opening a correspondent account in national currency in order to increase the volume and wide coverage of EBRD projects in the Republic of Uzbekistan.