At the joint session of the Legislative Сhamber and the Senate of the Oliy Majlis, the Prime Minister’s candidacy and the action program of the Cabinet of Ministers for the near and future perspective are being considered.

It was noted that fruit-vegetable growing and animal husbandry should become the main engine of agriculture. In order to ensure food security, the government has a task to increase production by 2.5 times in the next five years.

In the context of reduced water resources, drip irrigation and other water-saving technologies will be introduced on at least 30 percent of irrigated land in the next five years, operating and investment costs of hydro facilities will be reduced by at least 15 percent by expanding public-private partnerships.

Head of the state pointed to the need for eliminating problems in the oil and gas and energy sectors to accelerate the development of the economy.

“The government should take effective measures to transform these spheres, actively involve the private sector, and completely eliminate losses and theft by streamlining accounting. In the oil and gas industry, it is necessary to achieve an increase in the fuel production by 5.2 million tons by 2025, including the commissioning of 5 facilities worth 4.1 billion USD this year. In the next five years, we need to increase electricity generation to at least 80 billion kilowatt-hours, including by increasing the share of renewable energy sources to 20 percent”, says the President. 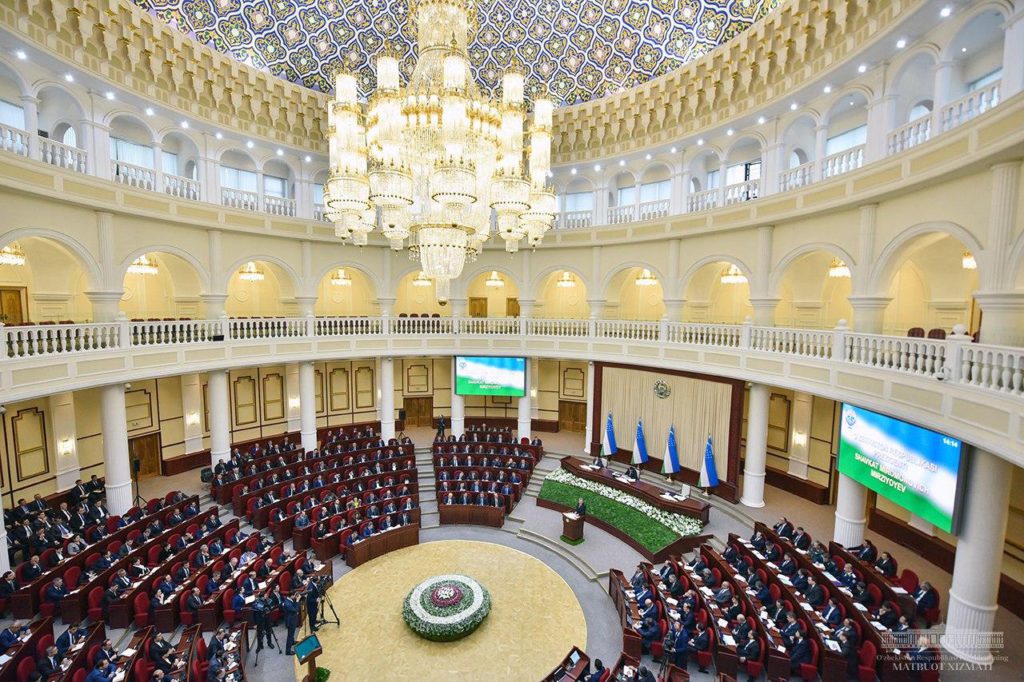 Due to deep structural changes and implementation of major investment projects, it is necessary to increase the volume of production in the mining industry by 1.5 times, and production of construction materials by three times by 2025.

Regarding textile and leather-footwear production, President Shavkat Mirziyoyev focused on the need for full processing of domestic raw materials and ensuring the export of products worth 8 billion USD by 2025.

It was noted that it is necessary to accelerate the development of electrical industry based on high technologies, increase the production of household appliances and industrial electrical equipment, cable products.

In the automotive industry, the main task will be to bring the production of cars, trucks and buses to 360 thousand units per year, as well as exports to at least 100 thousand units by 2023.

Major new projects are to be implemented to modernize the chemical industry’s facilities and deep processing of natural gas.

In the next five years, it was instructed to increase the share of domestic medicines in domestic market from 45 to 70 percent, and the volume of exports of such products to 100 million USD.

The need for improving the infrastructure, increasing the number of hotels, developing transport communications and improving the quality of services to ensure the tourist flow to the country of more than 12 million people a year was noted.

“An important task of the new government will be to reduce unemployment to 7 percent, create at least 500 thousand new jobs a year, double the income of the population by implementing plans”, says the Head of the state.