> News of Uzbekistan > Issues of expanding exports, investments and localization are considered

Issues of expanding exports, investments and localization are considered

On 15 January, the President of the Republic of Uzbekistan Shavkat Mirziyoyev held a meeting on the issues of expanding exports, investments and localization.

Thanks to measures taken to support the sphere last year, the export figures of Uzbekistan increased by 28 percent. The volume of regional industrial exports increased almost 2 times.

For further increasing the export volumes, a new system for determining and monitoring forecast indicators began to operate in 2020. Thus, the export forecast is approved for a three-year period. The plan for 2020 is defined at a level that exceeds last year by 22 percent. 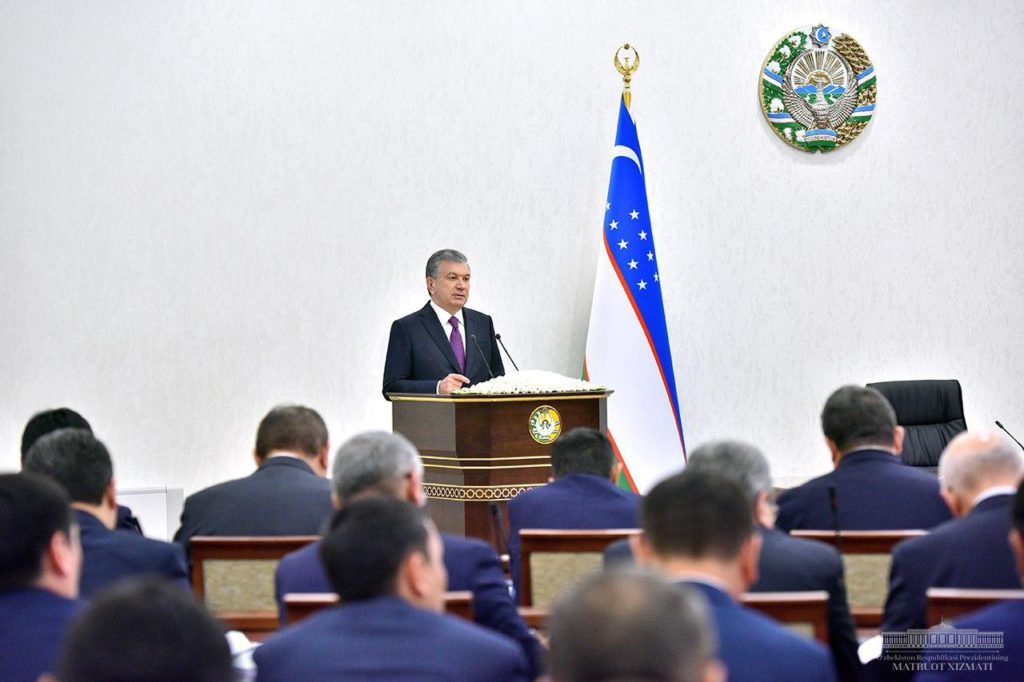 The need for the effective use of potential in such leading industries as textiles, horticulture, leather and shoe production, construction materials, and the automotive industry was indicated.

Uzstandard Agency was entrusted with local khokimiyats to introduce the international standard Global G.A.P. in 155 farms, and the State Plant Quarantine Committee to bring agricultural products in line with foreign market requirements.

Instructions were given on organizing an export and pre-export financing system to increase the attractiveness of export activities and expand the mechanism for compensating transportation costs.

At the meeting, investment support activity was reviewed.

Responsible persons were instructed to complete the pre-design work, the signing of contracts with foreign investors and take their execution under strict control.