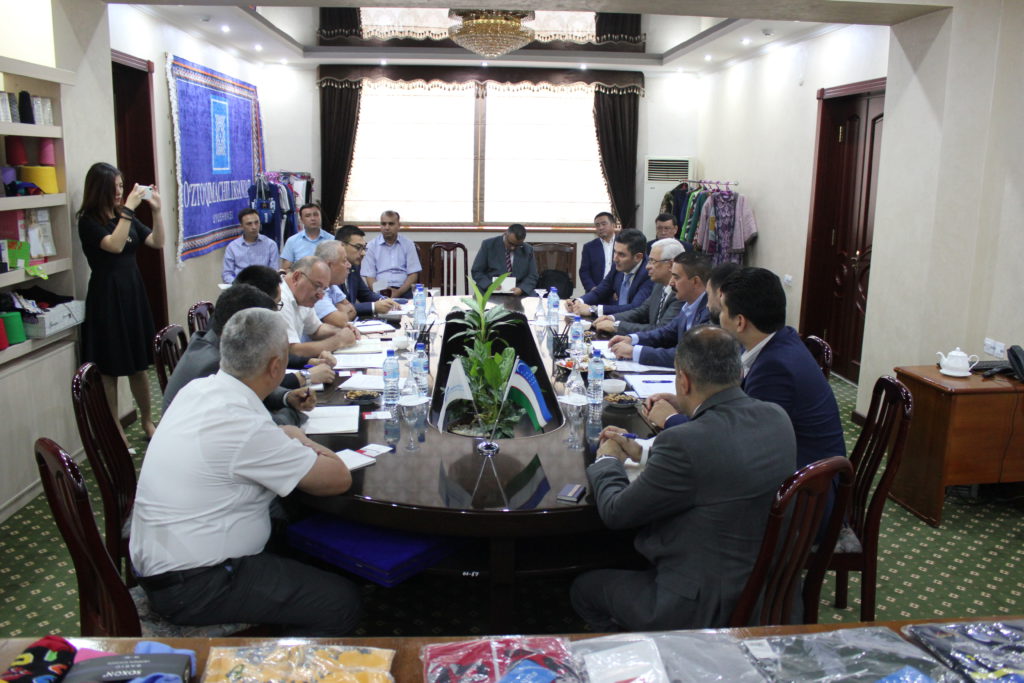 The Association “Uztextile” held talks with the company “Ajlan and Bros Holding” (Kingdom of Saudi Arabia), led by the deputy chairman of the company, Sheikh Mohammed Al Azhlan.

In January of this year, a corporation from Saudi Arabia held talks at the Uztekstilprom Association and discussed participation in joint investment projects.

During the current meeting, the guests were acquainted with the current potential of the Republic of Uzbekistan in the textile industry, as well as the provision of benefits and preferences from the republic.

The company plans to create a cotton-textile cluster on a total area of ​​38 thousand hectares. land for the duration of the project within 5 years.

Saudi Arabia Corporation Ajlan & Bros, founded in 1979, is one of the leading international manufacturers of finished textiles. The corporation with a total capital of 2.2 billion dollars cooperates with more than 10 global brands (Ferrari, Maserati, Aston Martin, Puma, Nike, Adidas, Reebok and others). The number of employees of the corporation exceeds 9.0 thousand people.