> News of Uzbekistan > The refinancing rate remained at 16%

The refinancing rate remained at 16% 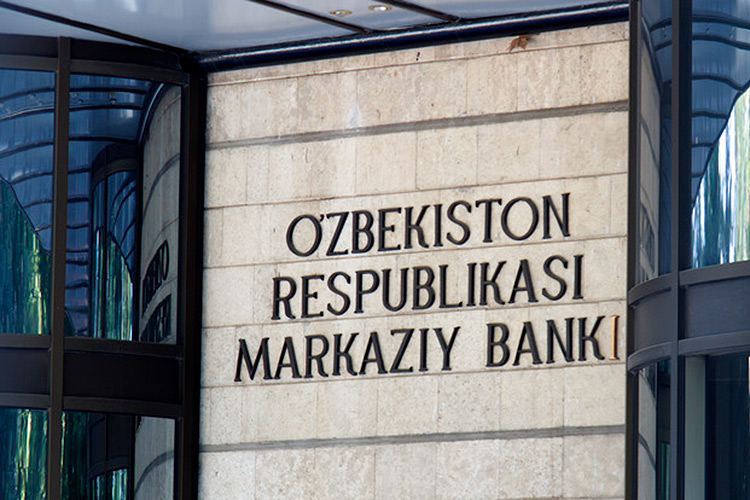 By the decision of July 20, 2019, the Board of the Central Bank kept the refinancing rate unchanged at 16% per annum

This decision of the Board of the Central Bank was taken against the background of persistent inflation risks, the need to strengthen the dynamics of growth in the share and volumes of banks’ long-term savings resources in the context of the formation of prerequisites for the reorientation of the sources of their credit resources from public funds to traditional – market ones.

In the I half of this year. individual inflation risks were realized, given in the previous two press releases, in connection with which the inflation forecast remained unchanged from 13.5 to 15.5%.

Inflation and inflationary expectations. In the I half of this year. consumer prices in the republic increased by 5.6%, which is 0.6 percentage points below the corresponding period of 2018.

The inflationary trend was formed under the influence of rising market prices for food products and services, while regulated prices for services and non-food products had a restraining effect. In addition, the transfer of the previously announced increase in energy tariffs to a later date also contributed to the formation of inflation below the expected level in the period under review.

Annual inflation by the end of June was 13.6% and remained near the lower boundary of the base forecast corridor. At the same time, annual inflation during the last 5 months was fixed in the region of 13.5-13.7%.

The increased pressure of demand factors, supported by the outpacing increase in lending and government spending compared to production volumes, an increase in household incomes and rising production costs, to some extent complicate the task of consistently reducing inflation.

Food inflation, excluding fruits and vegetables, reached a local peak in April, which was caused by the adaptation of prices to changes in taxation and an increase in production costs. These effects began to be gradually exhausted, which was reflected in its downward trend in May-June of this year.

At the same time, inflation expectations generally showed a downward trend. The expectations of legal entities were characterized by a more steady downward trend, while individuals, in the past two months, after declining in January-April 2019, had an uptrend.

When conducting monetary policy and shaping its conditions, the Central Bank will proceed from the task of reducing inflation to a single digit in 2021. At the same time, the Central Bank retains the basic projected inflation trajectory, which assumes its value at the level of 10-12% in 2020.

A further decrease in the level of inflation causes the use of a restrained approach in making expenditures from centralized sources, including for crediting the economy. Another important factor contributing to the reduction of inflation will be the qualitative implementation of structural reforms, incl. creating healthy competitive conditions, taking effective measures to eliminate the fundamental barriers to improving the investment climate, developing infrastructure, timely implementation of the reform of state-owned enterprises, improving the efficiency of tax reforms being carried out, etc.

Macroeconomic conditions in the first half of 2019 were mainly formed under the influence of a favorable situation on individual commodity export goods and rapid growth rates of aggregate demand.

The current realities of the economy of Uzbekistan are peculiar. The accumulated over the years of investment “hunger” and deferred socio-economic costs, coupled with the liberalization of the economy, have generated additional demand for financial and investment resources. At the same time, the main factors that stimulated it in the first half of 2019 were the expansion of credit investments in the economy and higher rates of growth in government spending compared to the originally planned volume.

In the period under review, the negative balance of foreign trade amounted to $ 2.8 billion and is expected to increase by the end of the year. It is assumed that the deficit of the foreign trade balance will be covered by the net primary and secondary incomes of the current account, as well as the financial account, and will not create significant pressure on the exchange rate of the sum.

In the first half of 2019, the exchange rate of the national currency remained relatively stable, thanks to a moderate supply of foreign currency, supported by the preservation of export earnings and the growth of cross-border transfers, due to favorable external conditions. From the beginning of the year, the exchange rate of soum depreciated by 2.7%.

A significant increase in aggregate demand in the economy may contribute to a slight acceleration in real GDP growth in 2019, compared with the initial forecast.

In the first half of the year, the credit investments of commercial banks increased by 23.4% (by 38.6 trillion soums), and their annual growth rates accelerated to 52.8%, exceeding the forecast figures by more than 2 times. At the same time, loans in national currency since the beginning of the year increased by 22% or 16.3 trillion. sum (37.4% or 16.2 trillion soums for the corresponding period of 2018), and in annual terms – by 54.0%.

Given the current state of segmentation of the credit market, monetary conditions remain uneven for individual groups of borrowers. More stringent conditions are felt in the segment of commercial lending business activities.

In the current situation, along with monetary conditions, the factor determining the relatively high level of interest rates on deposits is the underestimation of inflation expectations. This also determines the cost of credit resources and, accordingly, influences the formation and volatility of interest rates.

Forecasts and key risks. Despite the persistence of inflation during the first half of the year near the lower boundary of the forecast corridor, some of the risks envisaged in the alternative scenario of the main directions of monetary policy for 2019 and in the period 2020–2021 still remain.

In particular, factors such as: phased liberalization of energy prices, the abolition of VAT exemptions, the possibility of revising customs tariffs and duties, accelerated lending rates, lack of inflationary expectations and their relatively high level may contribute to the emergence of additional inflationary pressure in the future.

Given the likelihood of the above mentioned inflation risks, the central bank keeps the previously announced inflation forecast for the end of 2019 unchanged at 13.5–15.5%.