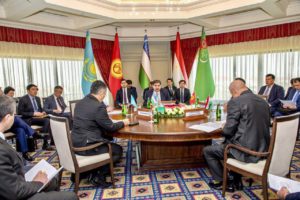 On March 15, the Central Asian Economic Forum was held in Tashkent, devoted to the rapid development of regional cooperation, increasing the volume of mutual trade and increasing tourist attractiveness.

The forum was attended by representatives of the delegation of Kazakhstan, Uzbekistan, Tajikistan, Turkmenistan and Kyrgyzstan. During the meeting in a narrow format, the deputy prime ministers agreed to deepen the modernization of regional transport infrastructure.

“For our landlocked countries that depend on each other for transit to international markets, a joint approach to the management and development of transport corridors, customs and border control procedures is important,” said Elyor Ganiyev, Deputy Prime Minister of Uzbekistan.

In addition, Central Asian countries intend to use the potential of transport communications to attract huge transit cargo traffic from other regions of the world to the region.

“We want to propose the creation of a single coordinating council so that our efforts to develop the infrastructure give concrete results on the integration of our transport systems into the global transit transport system,” said Deputy Prime Minister of Kazakhstan Zhenis Kasymbek.

One of the promising areas of cooperation is the restoration of the railway network of the Bishkek-Shymkent-Tashkent-Khujand-Andijan-Jalal-Abad roads.

“The route that passes through the territory of four countries, as well as with further access to Turkmenistan, could provide an opportunity to transport not only citizens of our countries, but also foreign tourists who are interested in traveling around Central Asia,” said the Deputy Prime Minister of Kyrgyzstan Kubatbek Boronov.