Uzbekistan and Luxembourg signed a memorandum on air traffic 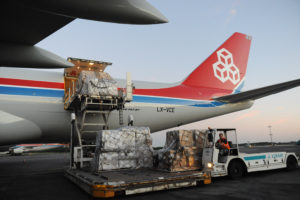 Uzbekistan and Luxembourg signed a memorandum of understanding on air traffic.

The signing of the memorandum between the two countries took place on the occasion of the arrival in Uzbekistan of the Minister of Foreign and European Affairs of Luxembourg, Jean Asselborn.

The signed document is aimed at the legal streamlining of cargo and passenger traffic, as well as charter flights between the two countries. In particular, it will allow Cargolux, a Luxembourg airline, to carry out transit cargo transportation to Asian countries from 2020 through the Navoi International Intermodal Logistics Center.