The Ministry of Energy discusses a partnership with an Egyptian company 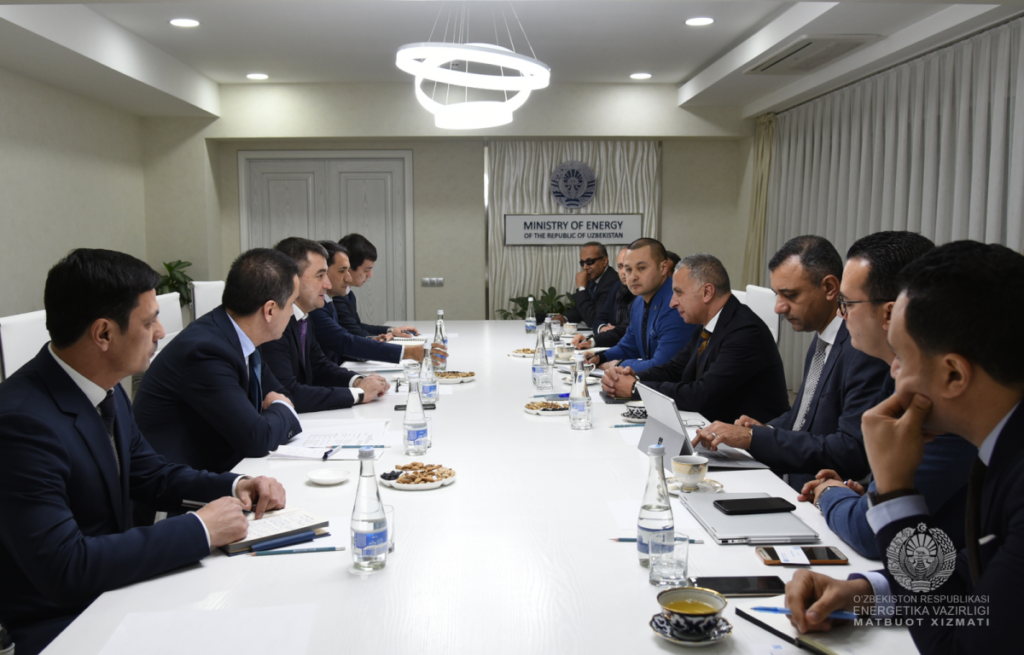 The Minister of Energy of the Republic of Uzbekistan Alisher Sultanov met with the President and CEO of Elsewedy Electric (Egypt) Ahmed Al-Sevedi on 20 February 2020.

During the negotiations, the possibilities of cooperation and using the international experience of the Egyptian manufacturer in the development of the energy sector of Uzbekistan were discussed.

Elsewedy Electric was founded in 1938 for the production of electrical, cable, telecommunications products, transformers, turbines and blades for stations of traditional and renewable energy sources. Today, this company is one of the ten energy corporations for the production of cables, transformers, electrical products, PVC, implementation of investment projects in the energy sector (electricity production, turnkey construction and equipping power lines, distribution systems, gas metering stations) for the generation of renewable energy (solar and wind power plants).

Elsewedy Electric has 30 production facilities in 15 countries, with more than 15 thousand employees. The company’s revenue in 2018 made up US$2.1 billion.

It was noted that in 2019, the Law on Public-Private Partnership was adopted in Uzbekistan, in accordance with which, together with the International Finance Corporation (World Bank) and ADB, work is underway to identify potential investors for the construction of 2 GW of solar photo power plants until 2025.

Also, in conjunction with IFC, tenders were announced under the project “Construction of a thermal power plant with a capacity of 1200 – 1400 MW.” The determination of the winner of the tender is planned in November-December of this year. Estimated project cost 1.0 – 1.3 billion dollars.

As noted by the Uzbek side, in addition to investment cooperation, the Ministry of Energy is interested in developing cooperation with Elsewedy Electric in such priority areas as the creation of a data center, the development of coal generation based on advanced technologies, as well as investment in the deep processing of hydrocarbons.

Ahmed Al-Sevedi, in turn, expressed great interest in the processes of reforming the electric power industry of Uzbekistan and those projects that are scheduled for implementation in the country with the aim of ensuring energy security and developing generating capacities. An agreement was reached on a detailed review of the presented projects.