Issues of investment attractiveness of Uzbekistan discussed in Washington 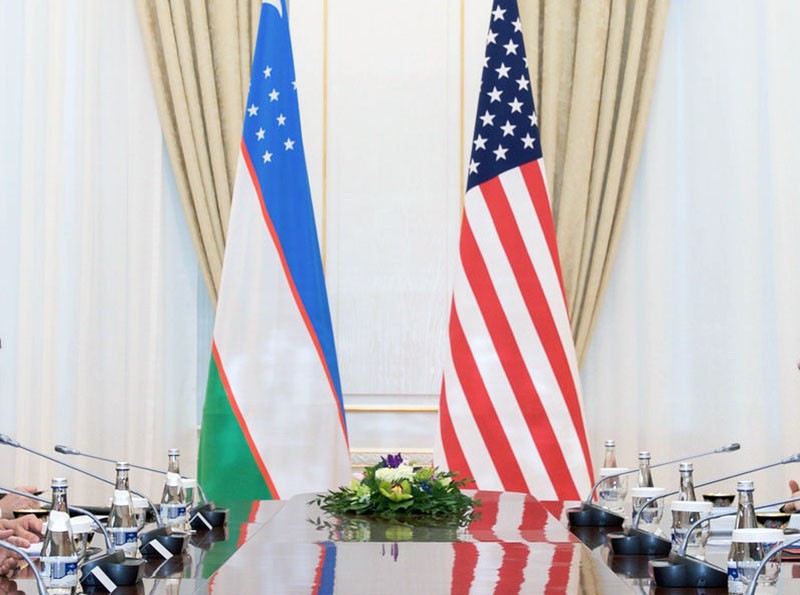 A three-day international workshop “Political Risk Ratings and Access to Foreign Investment: the Implications for Uzbekistan” took place on June 10-12, 2019 in Washington, D.C. It was dedicated to the analysis of foreign investors’ perception of political risk and the impact of Uzbekistan’s status in various rating systems on the inflow of foreign direct investment into the economy.

The event was organized by the Embassy of Uzbekistan in the United States jointly with the Johns Hopkins Center for Civil Society Studies and was aimed at implementing the provisions of the February Decrees of the Head of Uzbekistan on measures to elevate Uzbekistan’s ranking in international ratings and indices.

he delegation of Uzbekistan led by Director of the National Human Rights Center Dr. Akmal Saidov took part at the workshop. It also included representatives of Security Council under the President, Deputy Ministers of Economy and Industry, Investments and Foreign Trade, Finance, Justice, as well as officials from the Ministry of Foreign Affairs, the Prosecutor General’s Office, Independent Institute for Monitoring over the Formation of Civil Society (NIMFOGO), and the Khokimiyat of Navoi region.

he program of the workshop provided for three-day discussions under 10 thematic sessions on the impact of political risks on attracting foreign direct investment into Uzbek economy, analysis of business and government-related factors, ensuring political rights and freedoms, tackling corruption and bribery.

The event, organized in such a format for the first time in the history of Uzbek-American relations, enabled exchanges on the interconnection between political risks and prospects for attracting foreign direct investments and technology into Uzbek economy, to deeper understand the specifics and methodology of making political risk ratings, to obtain recommendations and suggestions from the authors and editors of core indices to elevate Uzbekistan’s ranking and status in those ratings.

Following a 3-day intensive discussion, the parties agreed upon a Plan of Practical Actions that includes:

-developing drafts of special legislative acts in the field of increasing government efficiency, including Laws “On Public/Civil Service” and “On Strategic Planning”, a number of Presidential Decrees and Resolutions on removing bureaucratic barriers and introducing modern management methods, establishing close partnership with the editors of World Bank’s Worldwide Governance Indicator;

– taking measures to improve Uzbekistan’s economic indicators, to include an inventory of 45 existing agreements on investment protection and making addenda in the draft Law “On Investments” of their key provisions, introducing requirements to ensure transparency of financial and economic statistics, developing public-private partnerships, strengthening the independence of arbitration court at Chamber of Commerce and Industry, introducing “Compliance” into ministries’ and agencies’ work, intensify dialogue with the Editor of Index on Economic Freedom by the Heritage Foundation, learning other countries experience in tackling corruption and bribery, etc;

– promoting the issues of expanding civil society institutions in state and public administration, including simplification of registration procedures for non-governmental business entities, improving the work of public councils, developing indicators for assessing civil society, preparing first ever National Report on the state and trends of civil society development in Uzbekistan;

– measures to combat corruption, including the development of a draft Law “On public financial oversight”, the Anti-Corruption Charter of Uzbekistan’s business and a National anti-corruption strategy based on the recommendations of the Organization for Economic Cooperation and Development (OECD) and the Istanbul Action Plan, step-by-step introduction of property and income declaration by officials, improving public procurement mechanisms.