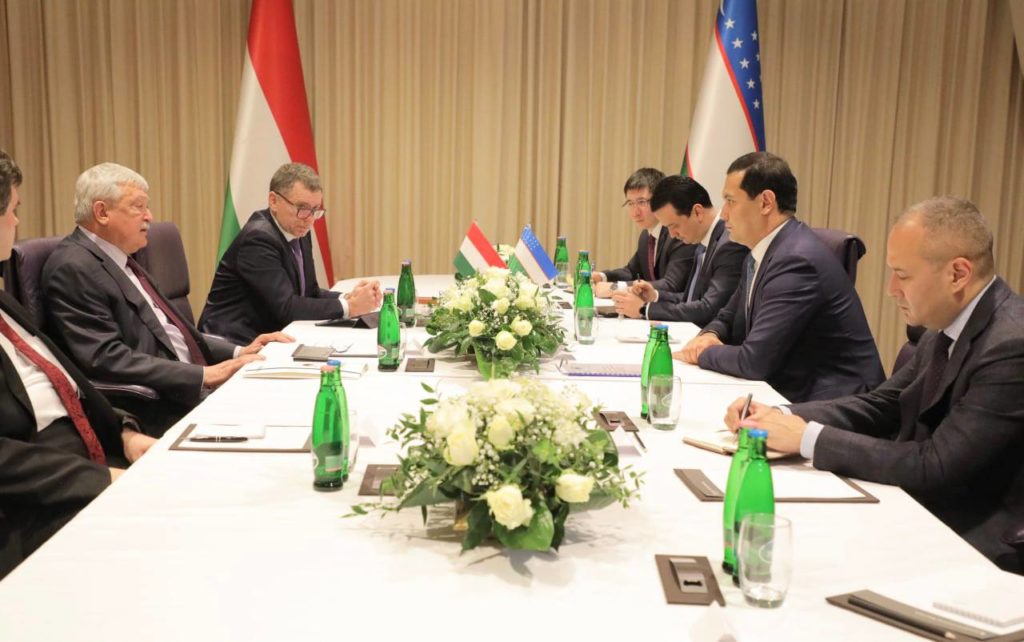 On February 16 of this year, within the framework of the visit of the government delegation of the Republic of Uzbekistan to Hungary, Deputy Prime Minister – Minister of Investments and Foreign Trade of the Republic of Uzbekistan S. Umurzakov held meetings with the President of the Chamber of Commerce and Industry (CCI) of Hungary Lazlo Parrag, as well as the Chairman and Executive Director of the bank OTP Bank Group by Sandor Chanyi.

The parties agreed on the relevance of implementing joint measures to increase the volume of trade by organizing mutual trade missions, exchanging lists of products in demand in the markets of the two countries and encouraging Uzbek and Hungarian entrepreneurs to actively participate in industry exhibitions and fairs held in Uzbekistan and Hungary. An agreement was reached on organizing a visit of a delegation of Hungarian business circles to Uzbekistan to hold an Uzbek-Hungarian business forum and a detailed discussion of promising investment projects.

During the meeting with Sh. Chanyi, issues of the current state and prospects for the development of Uzbek-Hungarian cooperation in the banking and financial sector were discussed.

The Hungarian side noted positive trends in the development of the financial market of Uzbekistan and the additional opportunities opening up in this regard to attract foreign investors. The Uzbek side provided information on the large-scale reforms carried out in the banking sector, the measures being taken to liberalize the foreign exchange market, privatize Uzbek commercial banks with a state share, as well as expand access to banking services.

In this context, special attention was paid to the prospects for the entry of “OTP Bank Group” into the banking services market of Uzbekistan through the privatization of one of the Uzbek commercial banks, as well as issues of bilateral interaction in this direction.

Following the meeting, the parties outlined further practical steps to implement this initiative.

Source: Press Service of the Ministry of Investment and Foreign Trade.