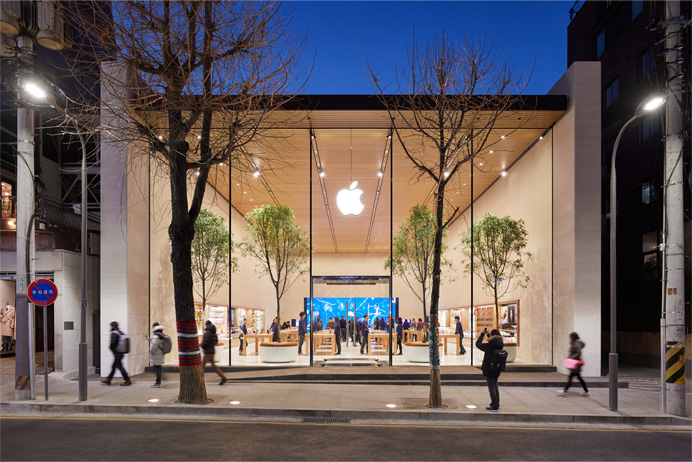 The world famous brands Nike, ADIDAS, Apple, as well as the leader in the retail sale of clothing and household goods – the Spanish INDITEX, open production facilities in Uzbekistan. Why are brands not chosen by Kazakhstan? Read more in the ORDA material.

Over the past year, a number of world companies have chosen a neighboring country for their production. An Apple office is expected to open in Tashkent in the near future. Over the past year and a half, several of the largest corporations have officially registered as taxpayers in Uzbekistan. These are Netflix, Google Commerce, Google Ireland, Google Voice, Samsung Electronics, Cleverbridge, Xsolla, Activision Blizzard International. Apple Distribution International joined this list last April.

Last fall, it became known that an agreement had been reached with Nike World Headquarters.

The world’s largest sportswear manufacturer, the American multinational Nike World Headquarters, owns the Nike, Converse and Jordan brands. In Uzbekistan, it is planned to manufacture 3 million pairs of shoes per year on the basis of the Sino International enterprise in the Andijan region. The production will be outsourced.

In 2020, Nike Inc. reached a record level. Despite the pandemic and analysts’ forecasts, the company’s shares have shown growth since the second quarter of last year. According to Nike, from August to November, real sales rose 8.9% to $ 11.2 billion.

The largest sports goods company in Europe and the second largest in the world after Nike. The headquarters is located in Herzogenaurach, Germany.

ADIDAS GROUP owns the brands Reebok and Runtastic. The other day the company announced the sale of the Reebok brand. Negotiations on the release of footwear brand ADIDAS in Uzbekistan have been underway for two years. Last fall, the Uzcharmsanoat Association of Leather, Footwear and Fur and Fur Enterprises of Uzbekistan announced an agreement with the German sports giant. Production is also planned at the Sino International facility.

The company in the first half of last year alone received a net profit of 8.3 billion euros. And second-quarter earnings beat analysts’ forecasts. And this despite the pandemic and a sharp decline in sales.

The company, with more than two thousand stores in 96 countries and a turnover of 18 billion euros, intends to cooperate with enterprises in Uzbekistan. The agreements were reached during two-year negotiations with the Uztekstilprom association. Before the pandemic, INDITEX representatives paid a working visit to the neighboring country.

INDITEX has successfully overcome the consequences of the pandemic. In the third quarter of last year alone, net profit amounted to 866 million euros.

The first APPLE STORE office in Central Asia opens in Tashkent. This was announced in early January by the press service of the Ministry for the Development of Information Technologies and Communications.

Apple is headquartered in Cupertino, California. At the end of September last year, Tim Cook, CEO of Apple, announced record revenue for the company. Despite the worldwide lockdown, net income of $ 64.7 billion set an all-time high.

Why do investors go to their neighbors (Uzbekistan)?

Political scientist Daniyar Ashibayev names the main reasons for the successful implementation of economic programs in the country.

“Uzbekistan is one of the largest cotton producers in the world. Tashkent has a good engineering base, a fairly strong technical education, education in the field of training light industry specialists. “

The political scientist also notes a fairly cheap labor force, mobility, a mentality focused on labor, practical discipline. According to Ashimbaev, Tashkent was a more developed city than Almaty, the former center of the Turkestan region, but the starting conditions were approximately the same.

“If at one time our enterprises of the raw materials industry developed more, then our neighbors already had the experience of creating an automobile industry in the mid-nineties”.

“The measures that President Mirziyoyev took to liberalize the economy, when comparing Uzbekistan and Kazakhstan, gave Tashkent considerable advantages. At the same time, a more technically prepared, mobile workforce, stable legislation, and a sequence of reforms. That is, everything that we lack ”.

“A tough fight against corruption and support for investors. There were many high-profile scandals related to members of the Karimov family. Here and raider seizures, business taking away and other scandals … But they did not become an obstacle. “

The political scientist believes that given the competitive advantages of Kazakhstan and Uzbekistan, it becomes clear why the largest transnational corporations choose Uzbekistan.