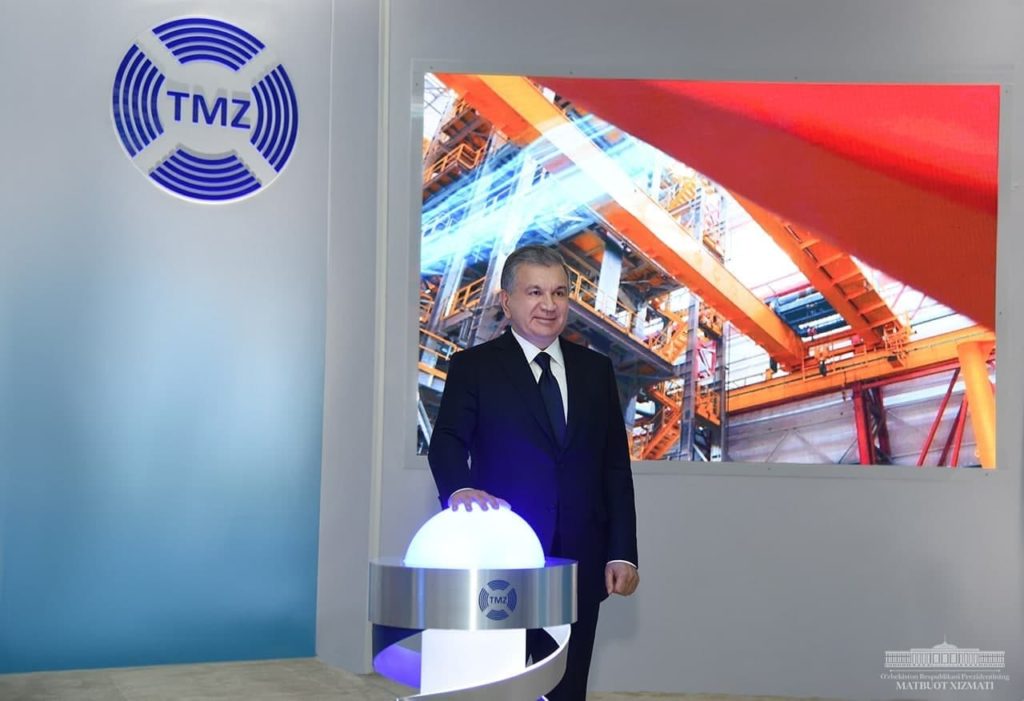 The Tashkent Metallurgical Plant for the production of cold-rolled steel with galvanized and polymer coatings was launched. The total cost of the project is $ 420 million, the capacity is up to 750 thousand tons of rolled metal per year. The construction of the plant began in February 2017.

President Shavkat Mirziyoyev has taken part in the due ceremony and delivered a keynote speech.

The head of our state called the opening of this production complex, rather vital for the national economy, a historic event.

Shavkat Mirziyoyev expressed gratitude to the designers and builders as well as foreign partners who contributed to the building of this plant.

“We attach special significance to the formation of innovative economy, a modern industry, favorable investment climate, partnership with other countries and leading foreign companies. Commissioning of the Tashkent Metallurgy Plant, unique in all respects, is a clear confirmation of the effectiveness of our efforts in this direction,” the President suggested.

At the first stage of the enterprise’s activity, about $ 400 million will be saved thanks to the production of import-substituting goods. The level of localization will noticeably increase.

In the near future, the new enterprise will establish close cooperation with the metallurgical complex in Bekabad in Tashkent region, where a $800m project is currently underway to build a casting and rolling factory with a production capacity of 1 million tons. The Bekabad products will serve as raw materials for the Tashkent Metallurgy Plant. This will bring the level of localization of sheets with zinc and polymer coating to 90 percent.

“The key purpose of our efforts is to generate a cluster in the coming years with a full cycle of production of finished metal goods from scratch,” Shavkat Mirziyoyev noted in his speech.

Speaking at the ceremony, the Minister of Industry and Trade of the Russian Federation Denis Manturov thanked the head of our state for the development of cooperation between our two nations and his support for major joint projects.

He noted that the Innoprom international investment and industrial exhibition, scheduled for next April in Tashkent, will serve the elaboration of new promising projects.