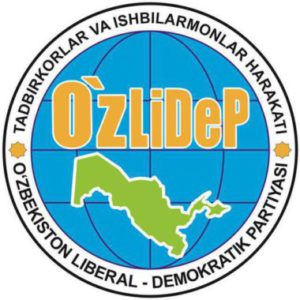 15 million 906 thousand people or 88.61 percent of those who took part in the voting voted for the candidate from the Movement of Entrepreneurs and Business People – the Liberal Democratic Party of Uzbekistan Shavkat Miromiyevich Mirziyoyev.

“According to the Party’s basement position, property is the highest guarantee of freedom, the source of all other human rights, the basis for the protection of citizens. The formation of a liberal, fair and free civil society is directly related to the market economy. Political, social, cultural freedom is impossible without economic freedom. The question of property and property relations is of great importance in creating a new socio-economic system.

The definition of this problem and its solution as a result of the impact on the political and social system of the state. The state should protect the legitimate interests of the private owner, create conditions for work so that each person can increase their property”. (FROM THE PARTY PROGRAM – THE TASKS OF THE PARTY IN THE SPHERE OF THE LIBERALIZATION OF THE ECONOMY AND DEEPENING OF MARKET REFORMS).